Smoking is one of those lifestyle habits that is entirely harmful to our health. There are no grey areas, no hypotheses, and no conflicting theories about the effect of smoking on human body in general. All of the scientific evidence available proves that smoking is disastrous for health.

Smoking is the leading cause of pulmonary disorders throughout the globe. Its role in development as well as aggravation of existing respiratory conditions such as asthma, emphysema, chronic obstructive pulmonary disease (COPD), upper and lower respiratory tract infections, among others, is well-documented. It is also proven to play a villainous role in cardiovascular ailments. While smoking has a direct and very evident impact on the respiratory and cardiovascular systems, it doesn’t spare other body functions as well.

Correlation Between Smoking and Eye Problems

Macula (part of retina responsible for seeing visuals with sharp contrast) malfunctions in a condition called age-related macular degeneration (AMD). Smoking blocks the flow of blood to retina, and thereby promotes AMD. Several studies have suggested that smokers have three times higher incidence of AMD compared to non-smokers, which means smokers have more “blind spots” on their retina. The risk of AMD due to smoking is further enhanced during old age (up to five times higher compared to non-smokers). 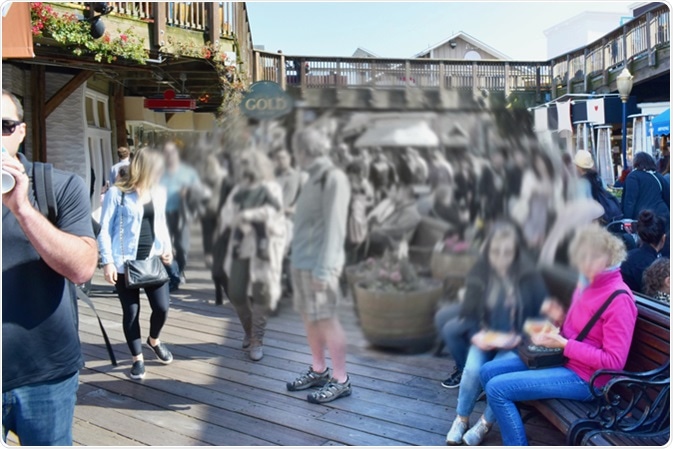 Macular degeneration (AMD or ARMD)- is a medical condition which may result in blurred or no vision in the center of the visual field. Image Credit: Tunatura / Shutterstock

Exposure to tobacco smoke not only irritates the eyes, but has more serious consequences. Cataracts (progressive increase in the opacity of the lenses) cause blurred vision, and eventually necessitate a surgery to replace the lens with an artificial one. While cataract is almost inevitable during old age in majority of the countries throughout the world, its chances and rate of progression increase drastically due to smoking. Smokers are at a double risk of developing cataracts compared to non-smokers.

Uveitis (inflammation of choroid layer of eyeball) is another serious ocular condition which is more likely to occur in smokers compared to non-smokers.

Dry eyes is a common eye problem which gets aggravated due to smoking. Cigarette smoke (active or passive) can cause irritation, itching, and redness in the eyes. Watery eyes are also often caused due to irritant chemicals in the cigarette smoke.

Damage to optic nerve is also reported in significantly high number of patients who are regular smokers.

Smoking during pregnancy may increase the risk of premature birth. Such children are at a higher risk of developing retinopathy at a very young age (also referred to as “retinopathy of prematurity”).

Smoking also has a well-established link with blood pressure, and hence a high predisposition to glaucoma. It can damage the blood vessels in retina and create oxidative stress in retinal membrane. Additionally, smoking is also linked to a high risk of developing thyroid eye disease. 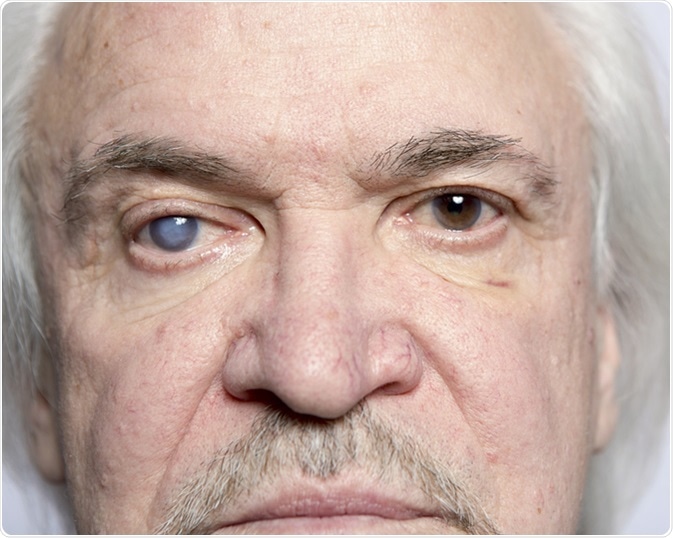 Many of these ocular conditions can lead to complete loss of vision eventually, which indicates the severity of the impact of smoking on eye health.

Quitting smoking is the only refuge in the combat against the ill-effects of smoking on ocular health, and body health in general. External medical or surgical interventions cannot produce intended effects if one resumes smoking. The earlier the patient quits smoking, the brighter the chances of appropriate recovery are.

However, abrupt cessation of smoking can lead to withdrawal syndrome, the symptoms of which can be moderate to very severe. The extreme craving for a joint can often render a person out of control. Nicotine patches are usually employed which keep releasing nicotine slowly into the bloodstream, thereby counteracting the craving for smoking. Rehabilitation centers are also beneficial in most cases, as they are basically a community of people working systematically towards the same goal.

Looking After Your Eyes During Old Age

Danelle Umstead Dishes On Learning To Dance With No Usable Sight And The Effects...
Scroll to top